The Rule of Law

Here at Cliff's websites we obey the Rule of Law.  And
we do that first by obeying God, His word, precepts
and ways. Secondly by obeying the Constitution, laws
and way of life (which includes our inalienable rights
given to us by God) and set forth in our Constitution
by the founding father's of The Republic of America.

No... we do NOT obey the evil world rulers fraudulent
anti God, anti America and anti freedom agenda nor
their illegal [and completely scienceless] mandates
(such as wearing a face diaper) forced on us through
their evil and endless 1930's Hitler styled propagandized
FEAR mongering to create an entire race of worldwide
slaves rather than free united self thinking citizens and
thus putting an END to The Republic of America and her
free united people (and free united people worldwide).

So there are NO illegal lockdowns, masks, six-foot safe
distancing or deadly vaccines (with manmade, toxins,
chemicals, bioweapons or tracking chip) requirements
made on those who visit us.

Thanks for stopping by!
Cliff

So 2300 years ago the Arabs actually discovered that
in forcing the people to wear a mask (by covering their
nose and mouth) their will and individuality was broken
(humbling them and making them submissive). Yes it's
true and that is why they impose on every woman the
mandatory use of a fabric over her face.

Thus... (2300 years later) the evil world rulers are (in fact)
using propagandized FEAR mongering to FORCE you to
wear a mask to humiliate you into submission so they can
more easily depopulate you and manipulate, control and
rule (as their willing slaves) those of us who live.

Another way of looking at it is... without a face we do not
exist as independent beings. The child looks in the mirror
between the ages of two and three and is discovered as
an independent [mankind] being.

So the mask is the beginning of deleting our individuality
and reducing us to the level of meaningless animals or
creatures rather than our being the mankind children of
the Living God!

He who does not know his history is condemned to
repeat it... ~Tury Carpo

And YOU thought that the (so-called) great Dr Fauci and
the evil world rulers were trying to make you safe. Oh no,
they ARE indoctrinating you so you will willingly let them
depopulate you!

So, you just be a good little Tweedy Bird and WEAR your
face diaper so your evil rulers don't come and punish you
with their evil propagandized FEAR mongering! 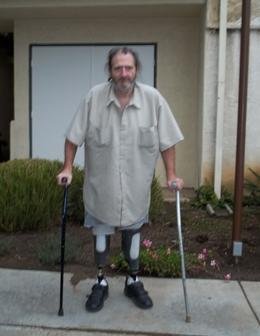